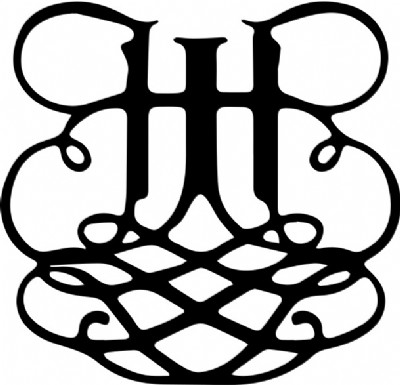 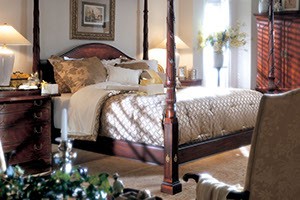 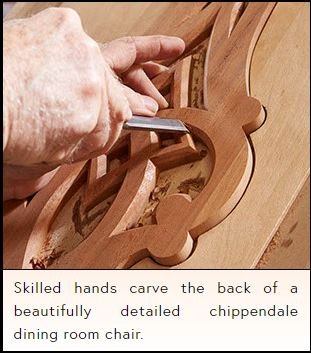 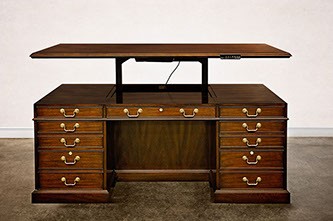 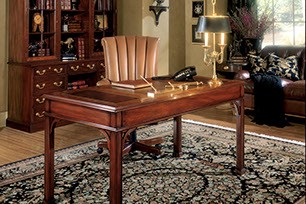 In 2013, the Gum family purchased Henkel Harris and is proud to be carrying on the tradition of producing America's finest furniture. With the same commitment to their workers and passion for crafting furniture, the Gum Family has only one goal in mind: "to ensure that the legacy continues".

The Henkel-Harris legacy started from humble beginnings. After serving in the Second World War, Carroll Henkel, along with his wife, Mary, entered the furniture business with their friend, John Harris. In 1946, The Henkels rented their first building and began making furniture. They spent countless hours studying woodwork and learning all that they could about the craft, also began working as furniture repairmen. This opportunity allowed them to perfect their finishing techniques and gave them a greater understanding of the antique furniture that they regarded so highly.  The experience gained from this endeavor led to the creation of the acclaimed Henkel Harris finish, which is still regarded for its high clarity, durability, and overall quality.

After years of hard work, Henkel Harris was gaining a reputation for offering  some of the highest quality furniture available. In 1956, John Harris left Mary and Carroll to manage the company themselves. Carroll set out to travel the country selling furniture from of the back of his vehicle, while Mary took charge of the plant in Winchester during his absence. Soon, the current plant was not big enough to fit the Henkel's needs, so in the early 1960s, the Henkels began production of their own plant in Winchester, Virginia. By 1963, only a few days prior to Christmas, the Henkels moved into their newly completed factory.

In 1969, Carroll passed away suddenly, leaving Mary to run the company by herself. A woman managing a successful business in a totally male dominated industry  was  incredibly  uncommon  and

posed a great challenge to Mary. Despite the adversity, Mary grew the company to 90 employees very quickly after the death of her husband. She also began traveling around the world, specifically to Europe. She used these trips as an opportunity to view European antique furniture so that she could innovate new Henkel Harris furniture based on the European design.

A prolific advocate of education, Mary offered to pay tuition for workers who wished to take night classes. After paying for the education for many of her workers, she went on to donate thousands to Lord Fairfax Community College in Middletown, Virginia . In an effort to inspire and educate her employees, Mary decided to rent six buses and take her workers on a paid trip to Williamsburg, Virginia to learn about American history and to view the style of furniture that was crafted at that time. This trip was such a success that Mary vowed to continue these trips. Twice a year for five years, she rented buses and travel to Williamsburg, Mount Vernon and Winterthur in order to educate her workers further.

By the early 1990s, the plant employed over 290 workers with a passion for creating what had become America's finest furniture. Generations of employees have worked at the plant, some for as long as 43 years. Mary had a passion for crafting furniture but had an even greater passion for her employees, who she saw as her own family. Mary later went on to enthusiastically describe her Henkel-Harris family as "A happy bunch of people". Mary continued her faithful work at Henkel Harris, even through blindness caused by macular degeneration, until she passed away in 2001.

Since the Gum family took over Henkel Harris in 2013, women continue to occupy prominent positions within the company. From manufacturing to management to design, these industrious ladies play essential roles in extending Mary Henkel's legacy of quality and tradition.  Along with every other employee at Henkel Harris, they have one main focus: to continue to produce "America's Finest Furniture."